ProAudio Technology on Tour with KUNZ

You are here: Home1 / Thank you2 / ProAudio Technology on Tour with KUNZ

ProAudio Technology set the accent in sound in Switzerland

One of the hottest acts in Switzerland at the moment is the singer KUNZ. He inspires the masses from young to old. From April to May he travelled the whole of German-speaking Switzerland from Zug to Bern. AIOC Rental was responsible for the sound and lighting for three of the 14 shows as local support.

A special challenge was the different conditions at the venues. As a result, the setup was permanently reshaped to achieve the best possible sound during the hall tour. Especially the powerful 12 x VS18 subs, which were arranged as a cardioid array, convinced the audience and the band. With additional balcony delays and nearfills a homogeneous acoustic could be created, which nevertheless sounded the halls with sufficient power.

The whole crew was particularly pleased by the fact that there was not a single breakdown of material during the tour! Not least because of its great flexibility, the ProAudio Technology sound system has already gained new friends in Switzerland.

„With the material from ProAudio Technology, we were able to introduce a new product into the Swiss tour setups, which was able to score particularly well with the demanding requirements of the band and locations. Thanks to the support of Udo Hoellstern (ProAudio Technology), Simon Muenger and Marco Stauber (MSL Technik) we were able to respond quickly and flexibly to the feedback and wishes of the artists. Especially the organizer, who had received a lot of negative feedback about the sound system during the last years, was very happy about the quality of the sound system! AIOC will therefore continue to rely on the products of ProAudio Technology in the future!” 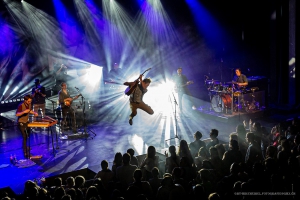 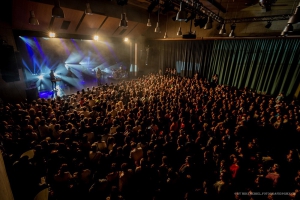 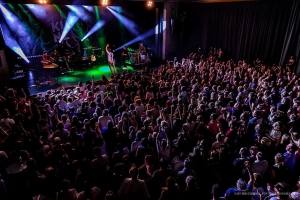