In July 2019 the time had come again in Thuringia: The Rudolstadt Festival brought the best of roots, folk and world music to the stage. The largest event of its kind in Germany once again attracted thousands of visitors. From Thursday to Sunday bands from over 40 countries played. And once again ProAudio Technology gave everything to impress with convincing sound!

The stage in the historic residence castle Heidecksburg was specially equipped with a powerful setup of VT20 line arrays and VS18 subwoofers, which were powered by 20.4-DSP system amplifiers. The requirement was to realise a sound reinforcement depth of 60 metres. At near range, 4 x MT10 multifunctional loudspeakers were used, which were complemented laterally by 2 x TX20 full-range loudspeakers. The sidefill was a mix of 2 MT12 and 4 x VS15 subwoofers. The monitoring for the artists was implemented with 20 monitor loudspeakers from ProAudio Technology, which were also driven by powerful 14.4-DSP and 20.4-DSP system amplifiers.

“Once again this year, we have relied on the powerful VT20 system in Rudolstadt to deliver a stunning performance to up to 5,000 visitors.  No other system in this price class offers such a winning combination of sound, handling and economy. In combination with the load-stable DSP system amplifiers, the result is a thoroughly rounded overall picture. Ultimately, it wasn’t just us who were convinced of this in the technical implementation. The reactions of the audience also proved this. We will continue to rely on material from ProAudio Technology in the future.” 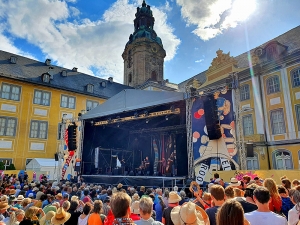 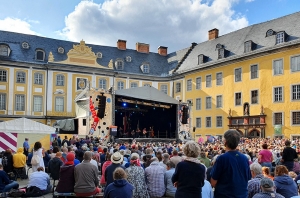 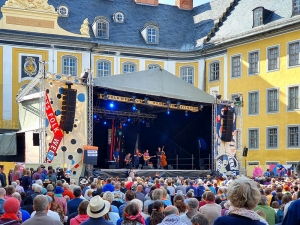